Europe’s largest South Asian film festival is now online, launching its own dedicated Collection on the British Film Institute’s BFI Player. The BFI Player presents the best global cinema on-demand: from classic and contemporary films to the best of the BFI National Archive.

The Bagri Foundation London Indian Film Festival is proud to showcase the best of South Asian cinema, films such as Court and The Lunchbox, are now available alongside mainstays of Sight and Sound magazine’s Greatest Films of All-Time Poll such as Vertigo, Tokyo Story, 8 ∏, and 2016 Oscar-winner for Best Picture, Spotlight.

The rapidly growing collection includes LIFF 2016 titles Jugni, Fireflies in the Abyss, Jalal’s Story, with more films and curatorial essays coming soon. The films are available for streaming only.
Full details on technical requirements can be found here on the BFI Player’s FAQ page 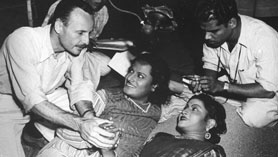 An American in Madras | European Premiere

This fascinating and fast-paced documentary traces the journey of American-born filmmaker Ellis R. Dungan who arrived in India in 1935 intending to stay for 6 months but ended up staying for 15 years! During this period, he brought many technical innovations to the developing Tamil Film Industry of the 1930s and ’40s, and infused a sense of professionalism into its filmmaking. All this, without understanding a word of the language! Dungan directed the great Tamil superstar MGR’s first film, Sathi Leelavathi, as well as famed Carnatic vocalist MS Subbulakshmi’s most famous films, Sakuntalai and Meera. The film traces Dungan’s Indian connection right up to 1994, when on a trip to India, the Tamil Film Industry felicitated him in Chennai for his contribution to its development, a good 43 years after he had left India. 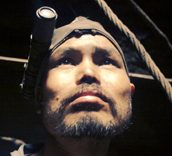 FIREFLIES IN THE ABYSS

This absorbing documentary follows Suraj a 11-year-old boy who works in the ‘rat-hole’ mines in the Jaintia Hills of North East India. There are narrow strips of coal requiring children to descend steep, sheer chutes and burrow into narrow horizontal tunnels to scratch coal out of hard rock, armed with nothing more than a pickaxe and a head torch. In these hostile pits, every day is a game of death. With Suraj’s story as the primary narrative, the life in the mining camp and the intertwining fates of the miners are explored. Most of the events characterise the choices made under the difficult circumstances that they experience, see around them and have to continually resolve – both internally and externally. Contrasting the various responses elicits drama, irony and humour, while gradually building up a composite picture of lives under unusual and extraordinary circumstances.

This entrancing film follows three chapters in the life of an infant, a child and teen named Jalal. Abandoned as a baby in the river, he is rescued and raised by Miraj. After a series of misfortunes, the villagers consider the baby to be a curse on their village and Miraj has to abandon the baby back in the river. Karim, a landowner, is bringing up Jalal, now nine. Bizarrely, Jalal is considered the cause of Karim’s wife’s infertility and he is cast back into the river. The 19-year-old Jalal now works for a gang leader and aspiring politician Sajib. This time, a different baby is to be thrown into the river, ahead of the upcoming elections, thanks to Sajib’s nefarious antics. Abu Shahed Emon tackles several social issues in Bangladesh including superstition, politically motivated corruption and women’s rights. 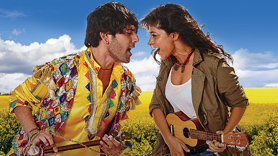 Travelling through the verdant fields of Punjab, Vibhavari (Vibs) is a gorgeous, young composer from Mumbai. She is in search of Bibi Saroop, the voice that she believes will be the saviour of her new score. She bumps into Bibi’s dashing son Mastana who has a stunning voice. Vibs records Mastana’s renditions of Punjabi folk songs and the duo soon fall for each other. Vibs returns to a soured relationship with her boyfriend in Mumbai. Mastana is left brokenhearted, but his voice is indeed the magical ingredient of the score, which becomes an instant hit. When Vibs calls Mastana to the big city he is full of hope, but they are forced to make tough choices between their careers and their hearts.

Based on an empowering true story, Madesha is a fearless young boy from rural Karnataka who cherishes his female persona and gorgeous saris. His sister enjoys his natural flamboyance and zest for life, but his father is ashamed of him and throws him out. Madesha picks himself up and sets out on a journey that will change his life forever as he decides to become a woman. In big-city Bangalore he seeks the support of local queens and the Hijra community (Eunuchs and Transgender people), but after a perilous surgery at a backstreet sex change clinic and name change to Vidya, she decides the traditional begging and prostitute life of a Hijra is not for her. Vidya wants something better.

Q&A with Director B S Lingadevaru.

The 16 July screening at BFI Southbank is followed by Queer Rules! After Party for LGBTQ+ and friends at BFI Benugos Bar with Bollywood & World sounds supported by DJ’s from Club Kali, Urban Desi and Urban World.

Best Dressed Person on the night receives a VIP Goody-Bag of MAC cosmetics. So don’t miss this one!